Contributor
So bare with me on this one guys as I'm not very techy and I'm about to start a very tech orientated topic.

So Ferrari have come out and given a very detailed report on what LeClerc's engine issue is. This is very unusual for any F1 team to do especially the usually very secretive Ferrari team. They said that the issue was not the injector itself but the with the control unit that led to one of the injectors not working. Below is a diagram drawn up by Craig Scarborough (ScarbsTech on Twitter) who has very kindly made the diagram available to download on Twitter. If you don't follow him on Twitter then I can recommend it as there is a lot of brilliant and knowledgeable Motorsport content. 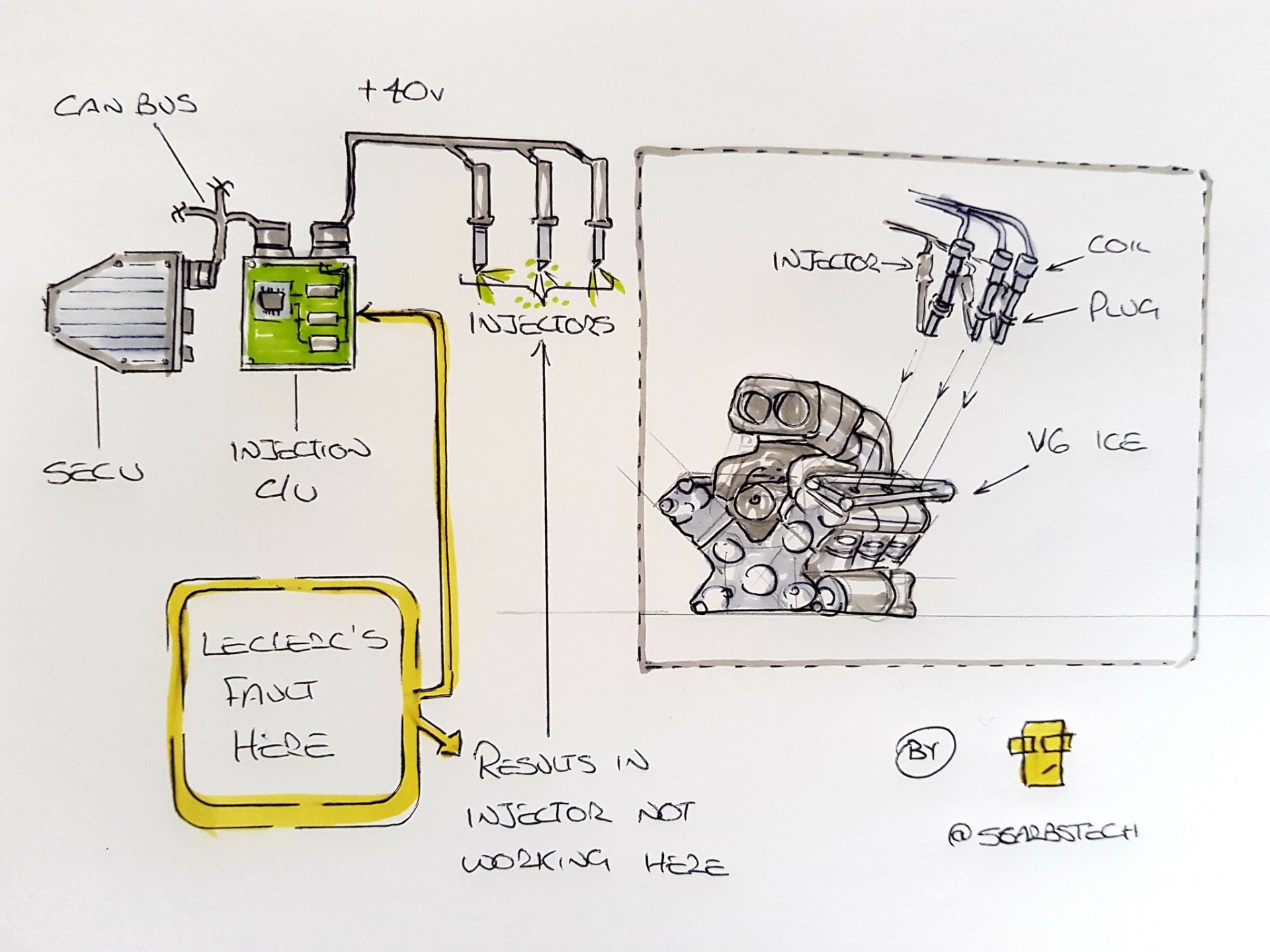 What this means for LeClerc is that the CU can be changed without issue and the engine can continue to be used. The effect it had on his car is explained very well in this next set of data that was produced by Spontonc and SmilexTech. The light blue area shows the delta between LeClercs normal laptime and his laptime with the problem. It shows the injector issue only kicked in when LeClerc reached around 170km. 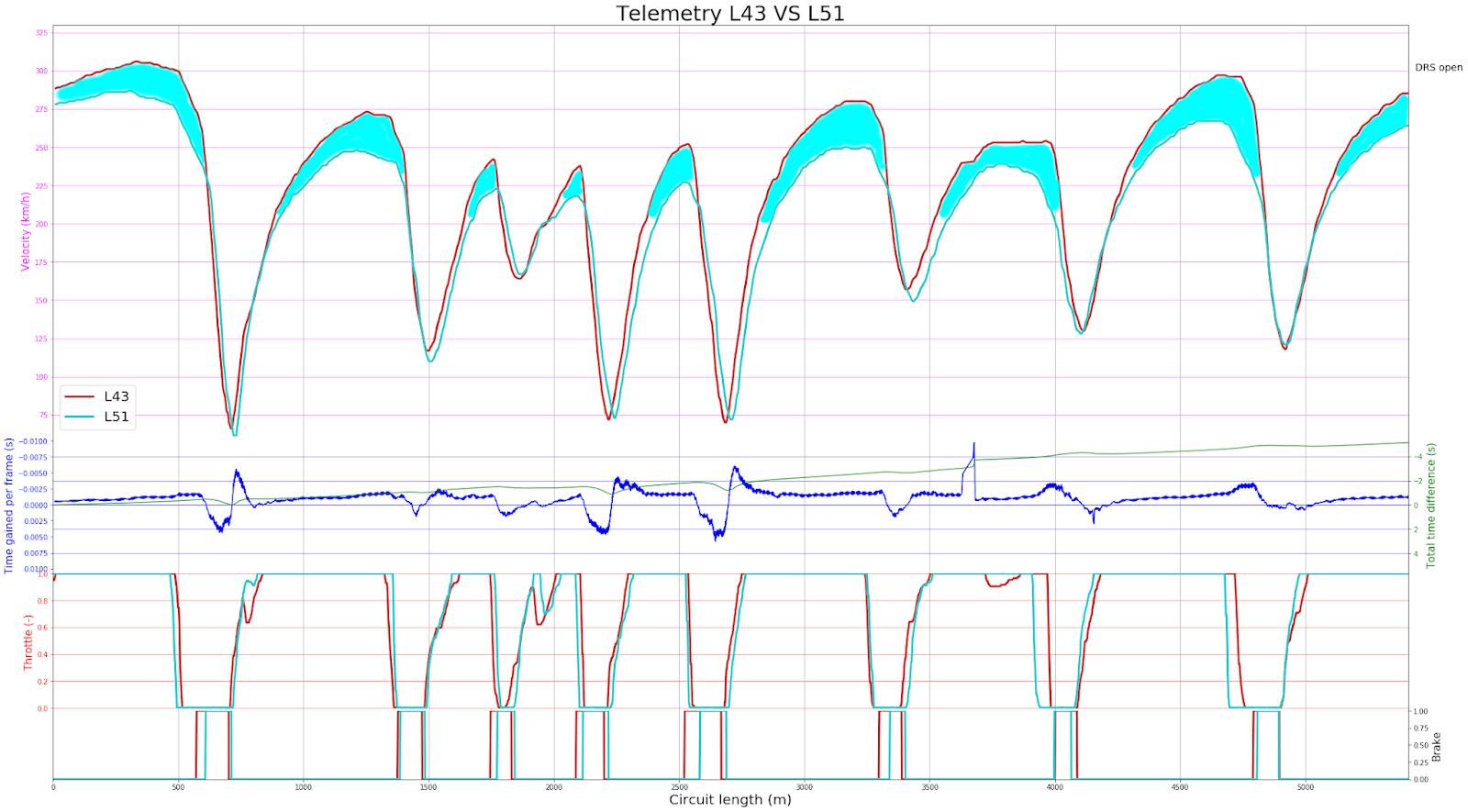 Now there has been some debate that this was the same issue that Vettel had in Australia - however if it was then it was not as serious as LeClercs otherwise his time would have dropped off way more. It also puts the brake on the theory that Ferrari had Vettel's engine turned down so as not to break it with LeClerc's all the way up.

Now I have a few questions about all of this. Firstly it's very unusual for an F1 team to come out with so much detail on an issue so why have Ferrari come out and done this? Is it to dispell the rumour that after 2 races and 2 issues they have a fundamental issue with their engine? Or is it a bit of distraction technique to divert from the bigger issue they have. They have not outright said this was the same issue Vettel had so we have to remember that Vettel's lack of place in Australia is still unexplain.

My second question is that if you are LeClerc would you feel comfortable running the same engine in China that let you down so badly in Bahrain?

We have a lot of people on here who are a lot more mechanically minded than me so very interested to hear your views.
Last edited: 8 April 2019

Well, this is good. It means that they don't start the season down an engine (unlike, I gather, Hulkenberg).

Contributor
I’m not mechanically-minded but perhaps Ferrari are happy to divulge the details because they’re confident they’ve fixed it.

170kmh seems odd, I can understand rpm but not car speed, me thinks it's a smoke screen to cover another problem.

Contributor
Just checked my facts Dartman. As you had me doubting myself but it is KMH not rpm
Last edited: 8 April 2019

Contributor
I have to say if I was Leclerc I would have a worry at the back of my mind knowing that it's the same engine that let him down so badly last race. You have to assume Ferrari have found and more importantly rectified the issue. I am sure young Charles will be driving with his fingers crossed in China, I think if I was him I would be.

Staff Member
Premium Contributor
To the best of my recollection this is unprecedented when it comes to recent technical briefs by Ferrari.

If you recall last year there was a racing incident that journalists were given information on which actually was in defence of Ferrari only for the team to then go and deny the very information they'd released.

It's a real head scratcher. Ferrari don't change policies on releasing information without good reason and I can't think of one.

RasputinLives I don't doubt the 175kph statement, but with 8 gears and the statement that he lost one injector from that speed onwards would account for a loss of 1/3rd of engine power from nearly 110mph, he was going faster than that. Whatever his problem he didn't lose 1/3rd of his engine power though it could have been intermittent after 175kph and a harmonic vibration causing an intermittent fault or short in the electronics, if the fault was hard from 175kph I think the engine would have been damaged

Poll Monaco Grand Prix out of 10
2