Valued Member
Have any of you ever built one? And, no, I'm not talking about Airfix models. I have a hankering to try my hand at making this, just wondered if any had tried and how hard it is. 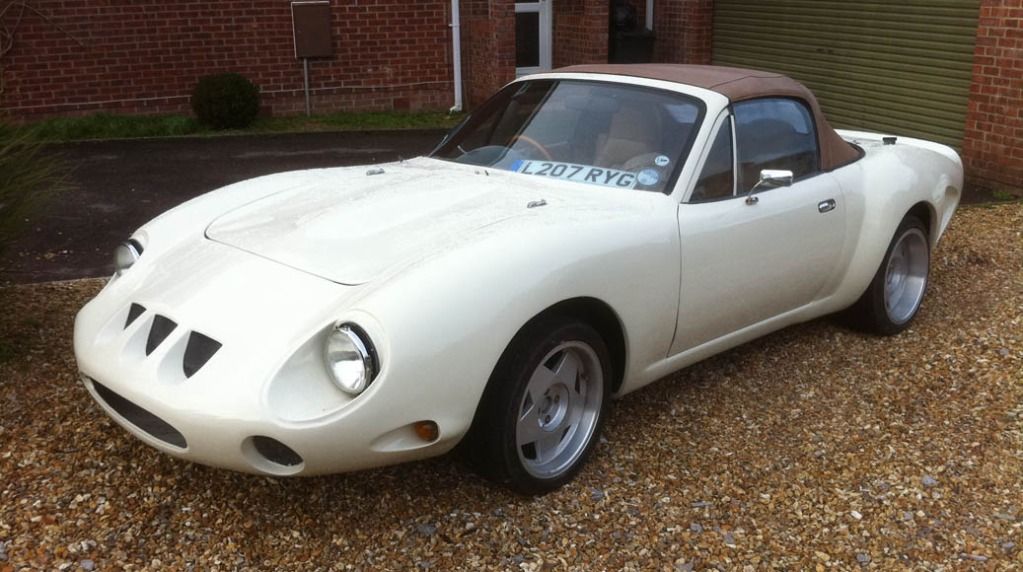 It's a body kit fitted to MX5 so no major mechanical work.

Always thought the 250GTO was Ferrari's most iconic body shape. Can you get a fastback version?

Once upon a time I toyed with the idea. Got as far as purchasing the plans and instructions to build a Burlington Arrow. Never got around to it but still have them. Maybe a project for my retirement

Contributor
I have owned a Westfield (Lotus 7 replica), bought second hand, so I didn't build it. I have also owned a Mk1 MX5 1.8. Despite a fairly extensive car ownership list (I get bored easily) I still consider the MX5 the best handeling car I have ever owned and with the best stick shift as well. The MX5 is easy to tune or even bolt a turbo to as well.
I bought an old Rover mini cooper a few years ago and ended up stripping it and teaching myself how to weld amongs other things. The restoration of my mini was just the best fun. When it comes to mucking about with cars I say go for it.

The kit looks good with hint of Ferrari about it. Is it a Retroforza kit ? That said I think it would look better with wire wheels... and in BGR with a yellow nose. 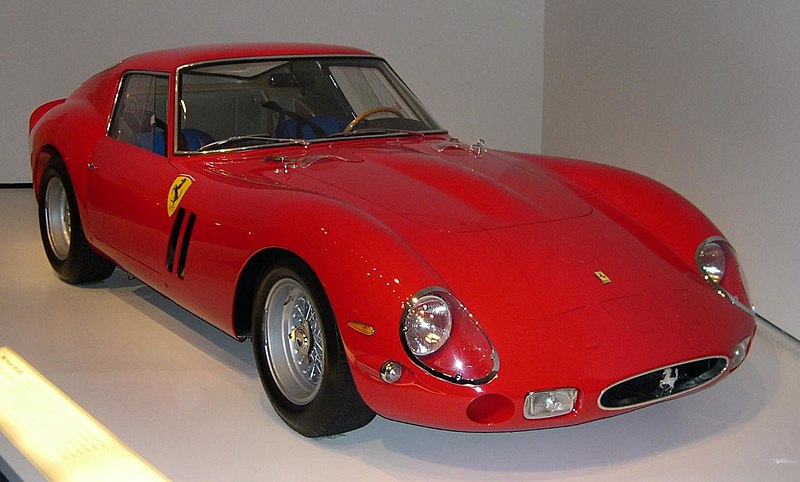 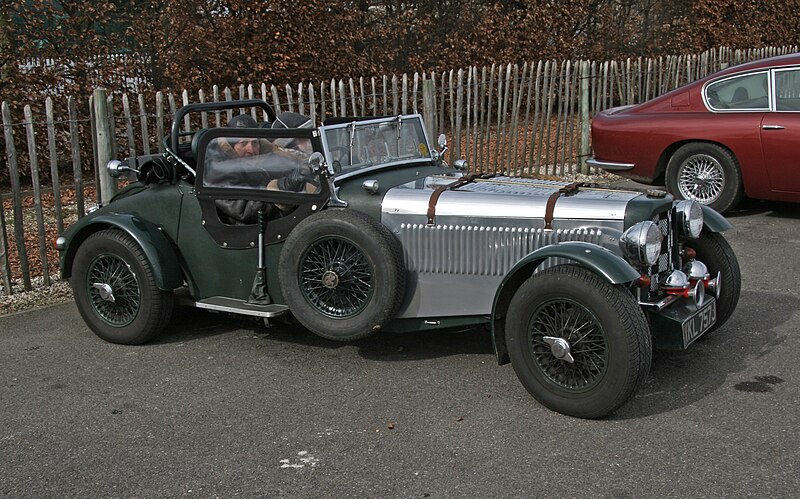 Staff Member
Don't underestimate the amount of work nor the time it will eat up.

I have done a fair bit of kit car building and other car stripping and rebuilding and they can take up all of your spare time. 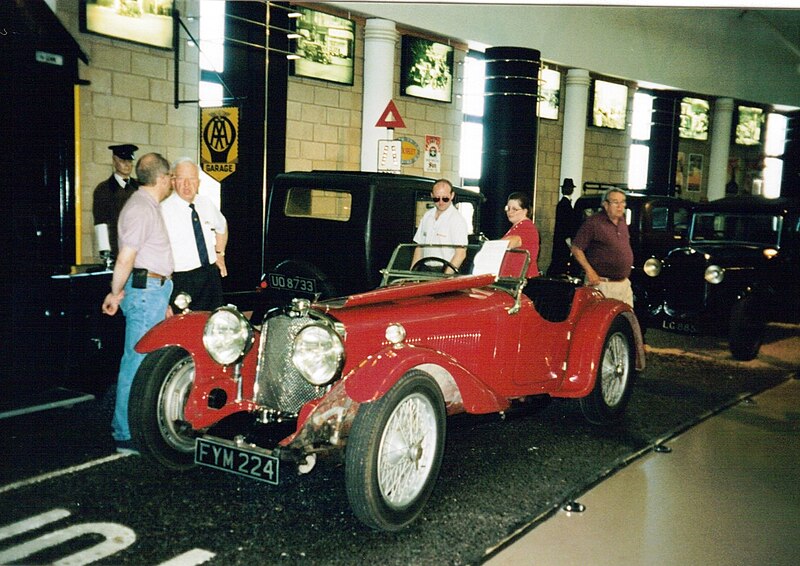 Contributor
I alway fancied building the Lancia Stratos Replica.
I maybe will one day. http://www.hawkcars.co.uk/hf3000/index.html 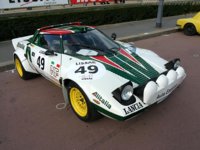 Valued Member
It's made by a company called Tribute Greenlantern101. Here's a Ferrari red one with wire wheels

From what I understand it the idea is the same as a US kit based on a 240z which may well be the Retroforza.

Valued Member
Thing that appeals to me about this one is that you don't have to mess with the running gear of the MX5 if you don't want to so it can be as complex as you want it to be. Fancy putting Corvette rear lights on it as well, not sure if that's insulting to it's Fauxrrari heritage.

Contributor
Many years ago, I built a 427 Cobra kit, and I agree that they take up huge amounts of time. Almost to the point where it seems like your job is your "free time". With over 500 bhp, it went like stink, but it attracted cops from miles around even when we were just out cruising, so we sold it. As the missus and I are both very fair-skinned and therefore good candidates for skin cancer, we generally avoid open cars.

However, two years ago we decided that we wanted an open car for cruising in the mountains and along the coast in the spring, so we bought a Morgan plus8 powered by, believe it or not, an LS7 engine (as found in the Z06 Corvette). It is even faster that the Cobra was and is invisible to the cops (unfortunately, the same is not true about their radar).

Contributor
Photos of a couple of 250 replicas from the Stoneleigh Kit Car show in 2005. Looks good. I assume the name on the licence plate was the make.
Stoneleigh is a HUGE show and very much worth waiting for if your interested in kit cars. I have been many times with the Scottish kit Car Club. The hostel on site aint bad either. 5-6 May this year. http://www.stoneleighpark.com/modules/events/default.aspx 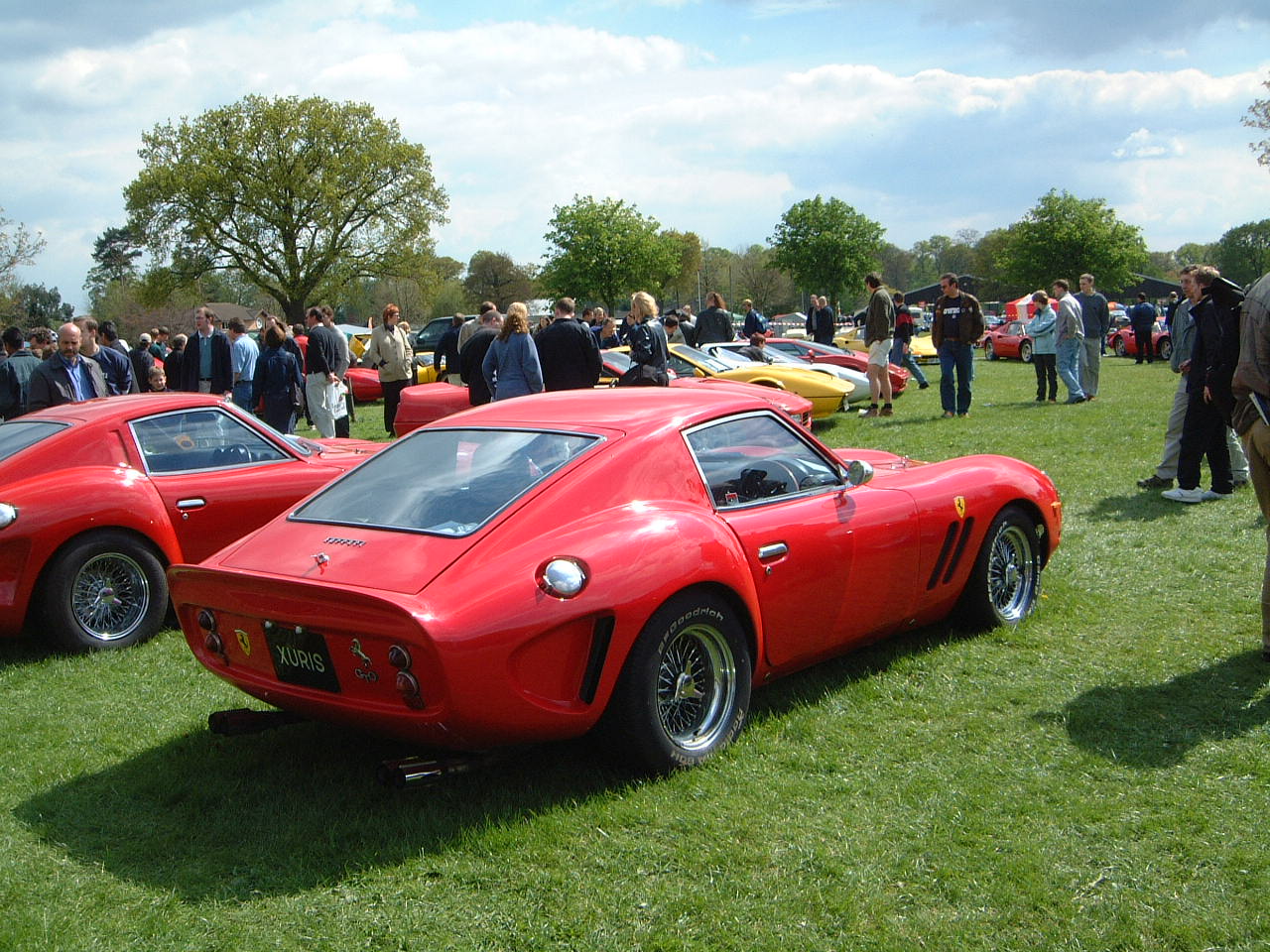 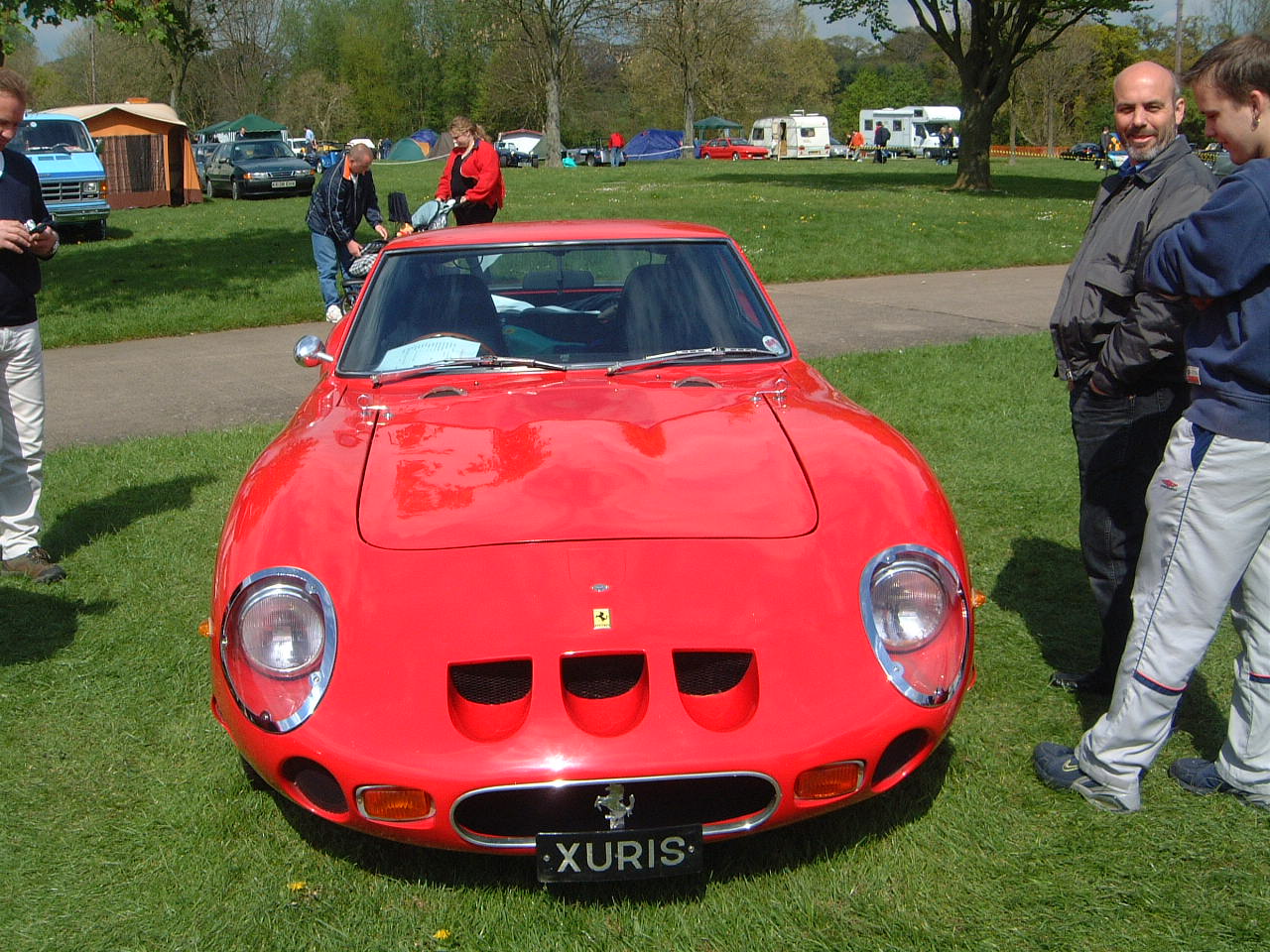 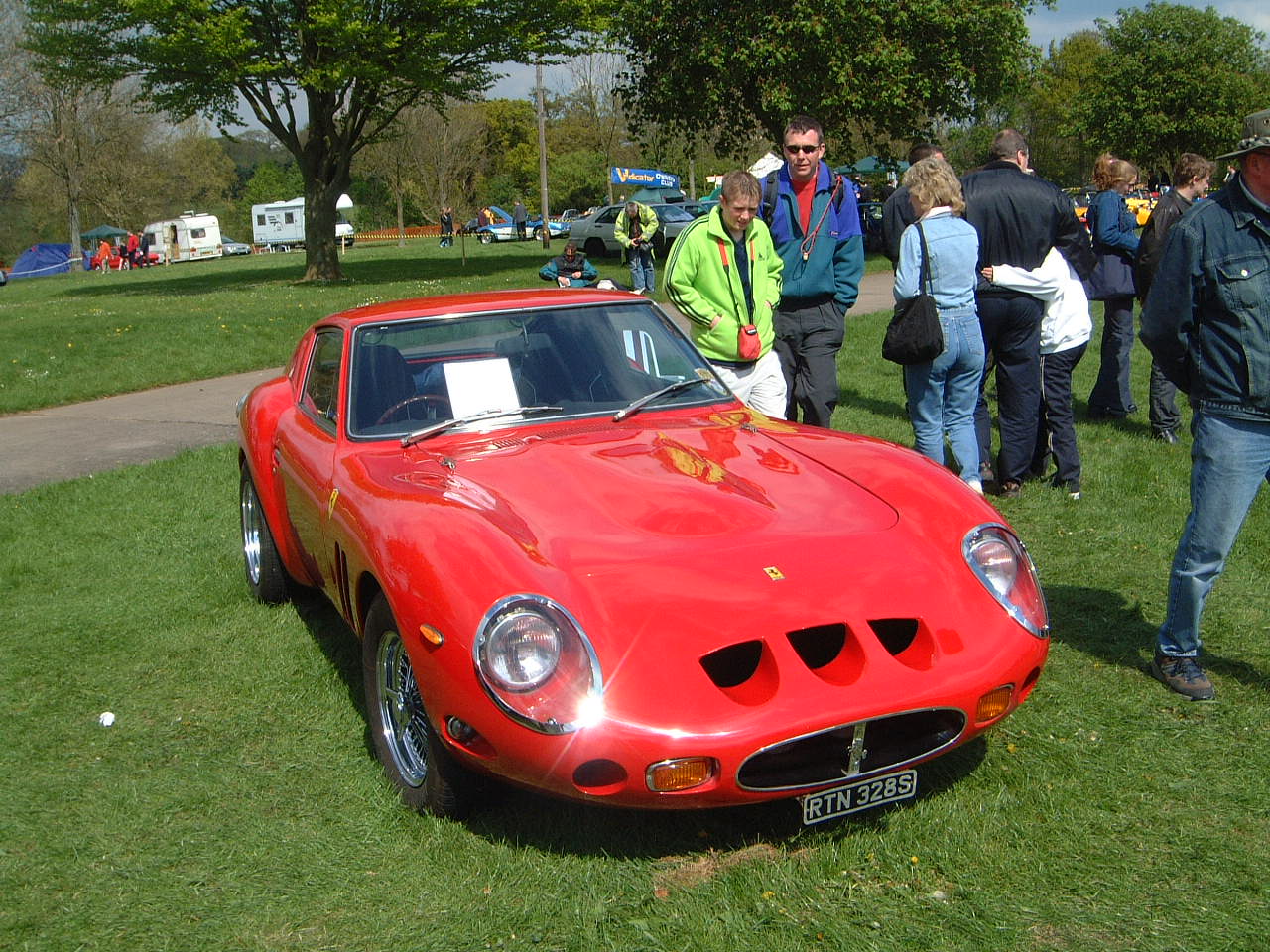 If my eyes don't deceive me that looks like nifty use of E-Type Jaguar headlight fittings. Somewhat easier to source than replicating or buying genuine Ferrari items, methinks. I've always admired the ingenuity of kit car designers to get round detail problems. 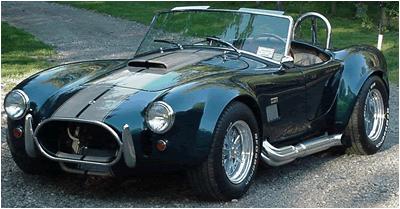 Contributor
Greenlantern101, with Hawk you have one donor car, and lots of little parts off other cars that are very hard to come by on their own. Steering rack off a Triumph I think.

Contributor
Yeh I have looked into fairly seriously, idealy you need a half decent alpha 164 for the bits (tricky as they readily turn to rust) and ideally if budget streaches an old Ferrari 308 V8 engine which can be found for around 5K. Which is why most are built using the alpha 3ltr V6. Its nothing I am considering in the near future. Give it 10 years then maybe.
M

Contributor
Take a look a my design on London's Next Big Event thread is a corker......

Fenderman said:
If my eyes don't deceive me that looks like nifty use of E-Type Jaguar headlight fittings. Somewhat easier to source than replicating or buying genuine Ferrari items, methinks. I've always admired the ingenuity of kit car designers to get round detail problems.
Click to expand


Headlights are off a Mini Fenderman

Edit: or did you mean the covers?