What do you think the current "pecking order" is where car performance over a grand prix weekend is concerned.

People are still banging on about Alonso dragging performance out of a bad car which is more a case of "first impressions count" as that ferrari hasn't been a bad car for a good while now.

I would say there are maybe four groups:

That would be awesome seeing them scoring points

Contributor
Indeed, and I think they can, given the close nature of the midfield - latch onto the back of it, and you have a great chance of scoring a point or two.

This looks like a tier system to me. Tier the teams, and ALSO rank the teams in each tier:

Ferrari and Red Bull are A LOT closer than in performance than many people think. This "crap car" stuff ended after the Mugello test. Yes, Alonso has been their saving grace, but watching Massa get into the top 5 has to say something.

Lotus is far ahead of McLaren, enough said and could pop up to tier 1 soon.

Mercedes and McLaren are slipping, BUT Mercedes could overtake McLaren at anytime. Force India, Sauber and Williams may actually just has good of cars as Silver teams, but inexperienced drivers is hurting. Perez and Di Resta are the exception to that and I feel both drivers are VERY close to big rides and deservedly so.

Caterham has been an incredibly fun team to watch develope and I hope they continue to grow in performance. Toro Rosso has been a huge disappointment this season and one of the biggest problems they have is the "revolving door" theory they use with their drivers.

Marussia is slowly getting better and HRT is well....HRT

It is quite remarkable how Ferrari and McLaren have turned things around.
It is just a shame McLaren have lost their collective marbles!

I told 'em not to count their strawberries.

In that order, imo. I can see Caterham overtaking TR within a couple of races though

Contributor
F1 Shift.net I agree with everything you said.

racecub said:
its Lewis with the McLaren, and even he could do nothing about it at Silverstone


Lewis was consistently quickest on the wet tyre during qualifying then no where on the intermediate. Which suggests that Lewis can make a difference with the car but only if his engineer has put the right amount of pressure in the tyres.

judging by the last two races 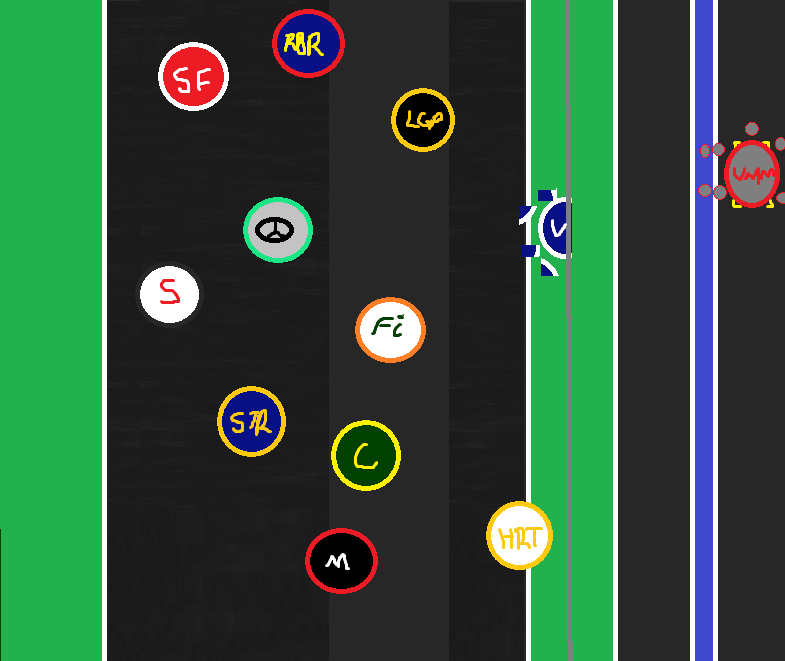 Contributor
I would say that there are four groupings:

Supporter
Going forward the pecking order will be;

Contributor
I think this is the running order:

I think looking at it on reflection. I'd say that the Red Bull is the fastest package but isn't reliable enough. With Ferrari and Mclaren lagging behind as per usual but because both cars are more reliable than the Red Bull they've been able to collect just 1 less GP win than their Milton Keynes rivals. Mercedes, Lotus and Sauber are around the same sort of pace. Mercedes were possible in the Ferrari and Mclaren class at the start of the season but the pace has dropped off alarmingly. Lotus have the pace at some tracks but don't neccessarily use it to they advantage and when Qualifying comes they can't turn in too many decent 1 lap specials. Sauber are quick they's no question about it, infact they had the car to win in Malaysia but a stupid message to Perez cost them that all important first win. Despite showing glimses of pace Williams rarely threaten to get good results apart from the "lucky" win in Barcelona and a good showing in Valencia the team really haven't shown what the cars really about and probably wish they'd got rid of Maldonado and got a Kovalainen in instead. Force India have been very disappointing, after such a strong showing last year i was expecting them to be regularly challenging for podiums this season, but the car just isn't quick enough. Toro Rosso despite scoring points have been outshone by Caterham this season, Caterham look like they've closed the gap to them by a considerate amount. Toro Rosso have either gone backwards with the car or have made a grave mistake in changing the line-up from last season. Marussia are doing alright they close to Caterham but don't look like threatening them. HRT are just slowly starting to show signs that they might step forward.

But all in all I think Alonso will win the Drivers championship, why'll Vettel and Webber will take points of each other and Red Bull will win the constructors.

No surprises and pretty much reflects the WCC; which I would expect if we're talking about cars. BUT its also about teams and some teams are suffering with poorer strategy than others and poorer drivers than others.

I've no evidence but suspect that Lotus and McLaren are being flattered by their drivers.

Williams are following form (over many, many, years) of having a good car that appears worse than it is through poor strategy and poor drivers. I'm picking on Williams here because my memory is that they have never got their heads around strategy; especially in the pit-stop era... thankfully (as a fan), pit stop strategy is less important now. If only Maldonado could keep it on the road and out of opponents side-pods.

Sauber are interesting because they seem to be the only team trying to race with no pit-stops. I'll bet if there were no enforced tyre changes that is the way they'd go. All credit to them on that front because it shows a quick and robust car in pretty much all conditions.

Valued Member
I suspect Ferrari and McLaren are being flattered by their drivers - particularly their leading drivers. Vettel seems to have a version of Button syndrome. I suspect Williams are being inhibited by their drivers, and are probably as quick as Mercedes in a fair test, if not quicker. It's difficult to guess where Sauber are. They're poor in qualifying, but we never see them on a strategy where we can compare in a race situation.