After the excitement and controversy of 2021, the 2022 season gets underway at the Bahrain International Circuit this weekend. We have a "traditional" practice and qualifying, so no sprint race, with both qualifying and the race at 3.00 pm UK time. A late evening start in Bahrain which will run on in to the night.

What has testing (and the not testing session) told us? Personally, I have no idea which cars are fast or slow. I expect we will see the usual suspects at the front come qualie and the race, but this new formula has thrown up some very interesting aero developments, with each team pursuing quite different routes to try and make their car the fastest.

There are some new drivers, some team changes, and, totally unexpectedly, the return of Kevin Magnusson at Haas.

Will 2022 be another Hamilton/Verstappen battle for the Championship, or will we see George Russell, and the drivers at Ferrari and McLaren getting involved? I have my doubts that any of the other teams will be pushing for race wins, but I do anticipate the mid-field will be closer and more competitive. Don't be surprised if one team drops in a major change at some point in the season and leapfrogs up the grid as they get to grips with the new design rules.

It promises to be an exciting season. Hopefully the changes the FIA have made to the stewarding and race control personnel will help overcome some of the rather unpleasant "lobbying" we saw from many of the team in 2021. We certainly don't need any more moments of interpretation of the rule book from the officials at any of the races, either at the beginning or end of the season.

FP1 starts at midday on 18th, enjoy.
Click to expand

always excited at the start of a new F1 season like a kid at christmas even at the start of my 24th yr, , but im delighted Bahrain GP is here to mainly put 2021 behind us & see these new 2022 rules which is the elephant in the room because they cant fail. as if dont improve racing & make following in dirty air issue much easier, F1 is in quite the state

also funnily ive seen a stat that says that you dont want to win the opening race of a F1 season, because since 2010 only season openers that have gone to win the season opener in 2011, 2015 & 2016

Contributor
Two drivers have come down with it since they did that anti war photo.

also 1 thing im glad about 1 of the race director has decided he's going to be stern & no nonsense seemingly. which im all for because Masi tried to be their friend & got took advantage of. so hopefully the teams will be learning this the hard way 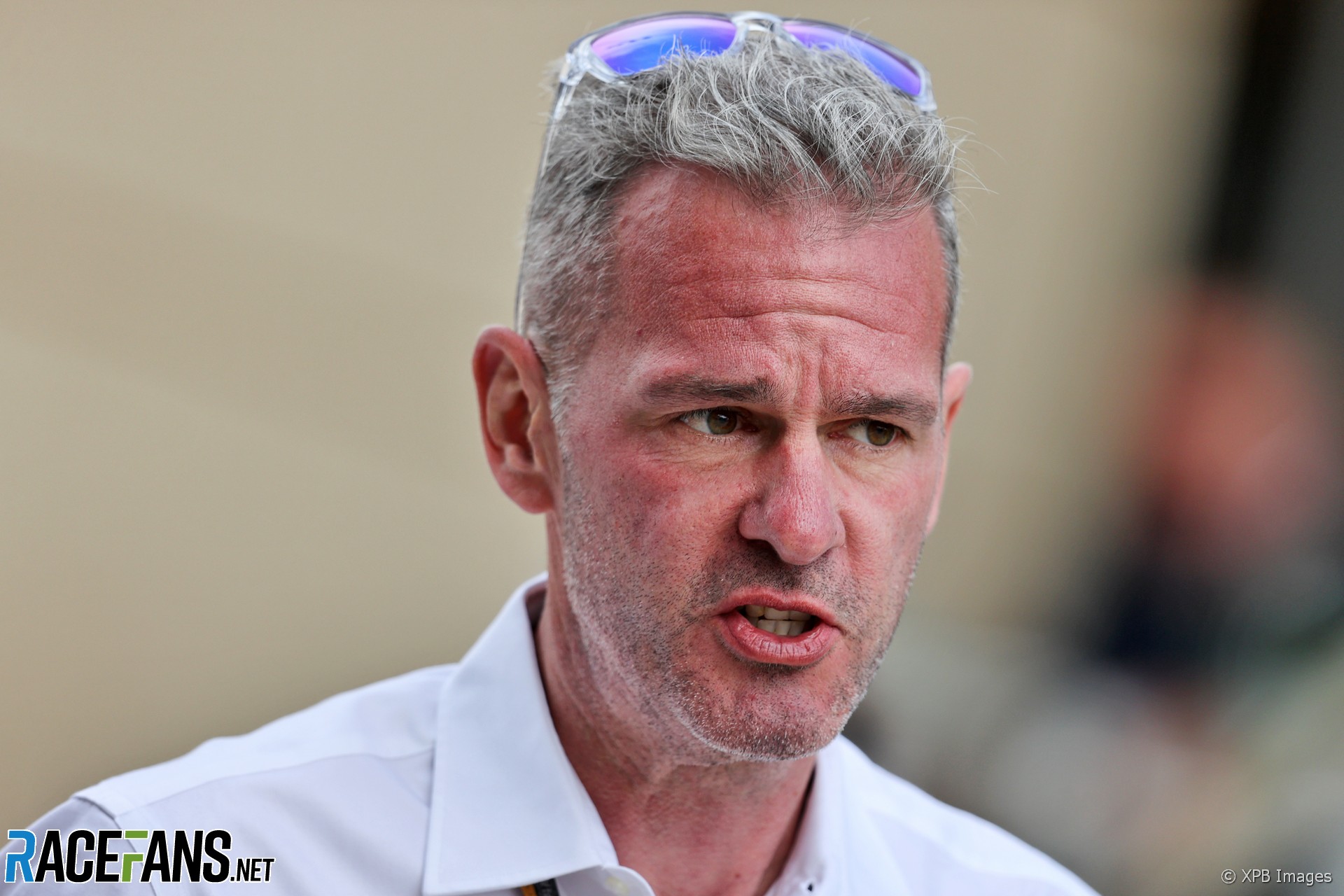 A clearer line has been drawn over track limits in the first instruction from the new race director to drivers. Last year’s three paragraphs of guidance on track limits have been replaced with a single instruction from Wittich which states: “In accordance with the provisions of Article 33.3, the white lines define the track edges.”

Article 33.3 of the Formula 1 Sporting Regulations compels drivers to “make every reasonable effort to use the track at all times and may not leave the track without a justifiable reason.”
The article further adds drivers “will be judged to have left the track if no part of the car remains in contact with it and, for the avoidance of doubt, any white lines defining the track edges are considered to be part of the track but the kerbs are not.”
Click to expand

That's all I've got to say

I wonder how many warnings will Verstappen get then

Is it any or all white lines?

It needs to be clarified.

if the mock qualifying times in FP2 are to set the tone for the season. compared Hamilton v Verstappen controversy we have seen nothing yet with Leclerc V Verstappen upcoming. as that Hamilton V verstappen was Fire & Ice.

but Leclerc V Verstappen is Fire & Fire as in 2019 when there was nothing at stake bar a race win as they were nowhere near a title. it boiled over in Austria & Britain

Staff Member
Premium Contributor
McLaren look poor at the moment. All that testing promise seems to have evaporated.

Staff Member
Premium Contributor
A tip of the hat in the direction of Haas who, given all of the stuff that's gone over the last few weeks, have done a decent job so far.

Contributor
Which side pods are Mercedes running?

Valued Member
The little ones 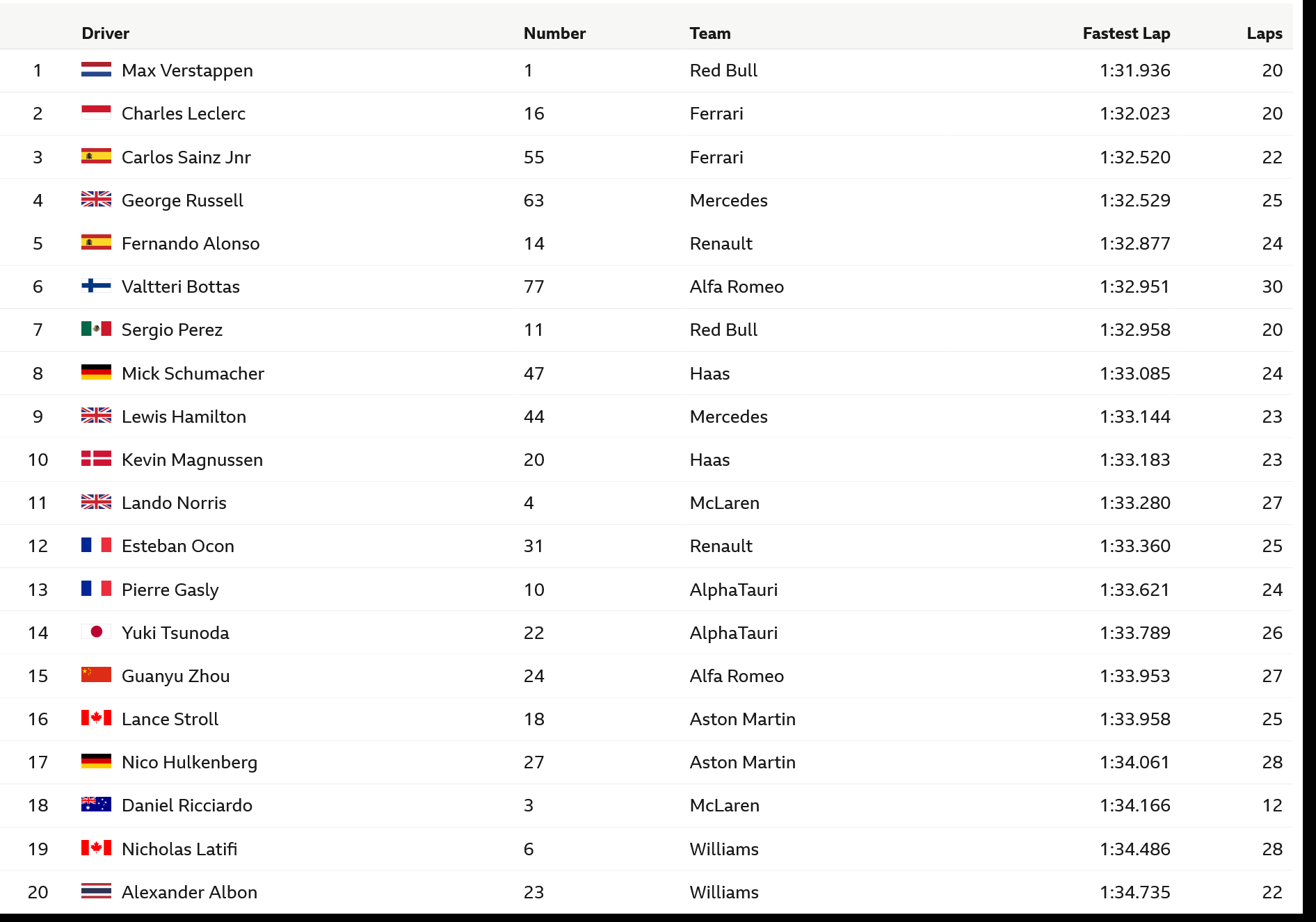 cider_and_toast said:
McLaren look poor at the moment. All that testing promise seems to have evaporated.
Click to expand

11th in underperforming car is still a good car. im hoping that like Mercedes the performance is there & will be better on smoother tracks


cider_and_toast said:
A tip of the hat in the direction of Haas who, given all of the stuff that's gone over the last few weeks, have done a decent job so far.
Click to expand