Gobble, gobble gobble, it's the Grand Prix of Turkey!

Right, that's the casual racism over let's discuss the race which was supposed to replace Canada, but then got replaced by Styria and now is replacing Singapore. Got that? Good. We got F1 back in Turkey in 2020 to bulk out the calendar. You have to ask why the Turkish race was dropped after 2011, as the track is by far one of the best modern circuits, but money talks.

You might recall the 2020 race, we had Lance Stroll on pole and F1 attempted to create Dancing on Ice with rain on a newly laid surface creating a super low grip environment. Stroll was leading handsomely until a second pit stop and a damaged front wing destroyed his new rubber. Meanwhile Lewis Hamilton, who started 6th, tiptoed round and stole the race in what, for me at least, was the drive of his career. I suitable demonstration of his talents to secure his seventh World Championship.

I don't believe the owners of Istanbul Park have resurfaced the track this year, however the long distance weather forecast suggest that it might rain. This also won't be a race where we see a new World Champion crowned. So what might we expect? Max will be back towards the front now he has taken his engine penalty from Russia. Lewis will be there as well, but who else might be in with a chance? I don't think either Perez or Bottas are potential race winners, although if there is an incident between the two protagonists one or the other might be there to pick up the pieces.

But might the McLaren resurgence continue? A wet race would certainly mix thing up and could even present a chance for Ferrari to get back closer to the podium paces. Behind these four teams the battle for the remaining points will be between Alpha Tauri, Aston Martin and Alpine. Williams might collect a few more points and Alfa Romeo and Haas will also be at the race.

Staff Member
Apparently the surface has been water treated, whatever that means, to improve the grip and prevent what happened last year from happening again.

This was evident on lap 1 when some cars like Hamilton could get their tyres working straight away.

This is a track known for Red Bull chucking away wins

it seems that we could have 1 of those grids soon. again where very few drivers start where they qualified. as almost every team has either taken a 4th (or 5th) engine or has mention they are going to.

& this is my worry now for lewis because he's almost in a situation where he cant afford a DNF. because he got the back of grid start or ticking time bomb that could go boom at any moment looming over him 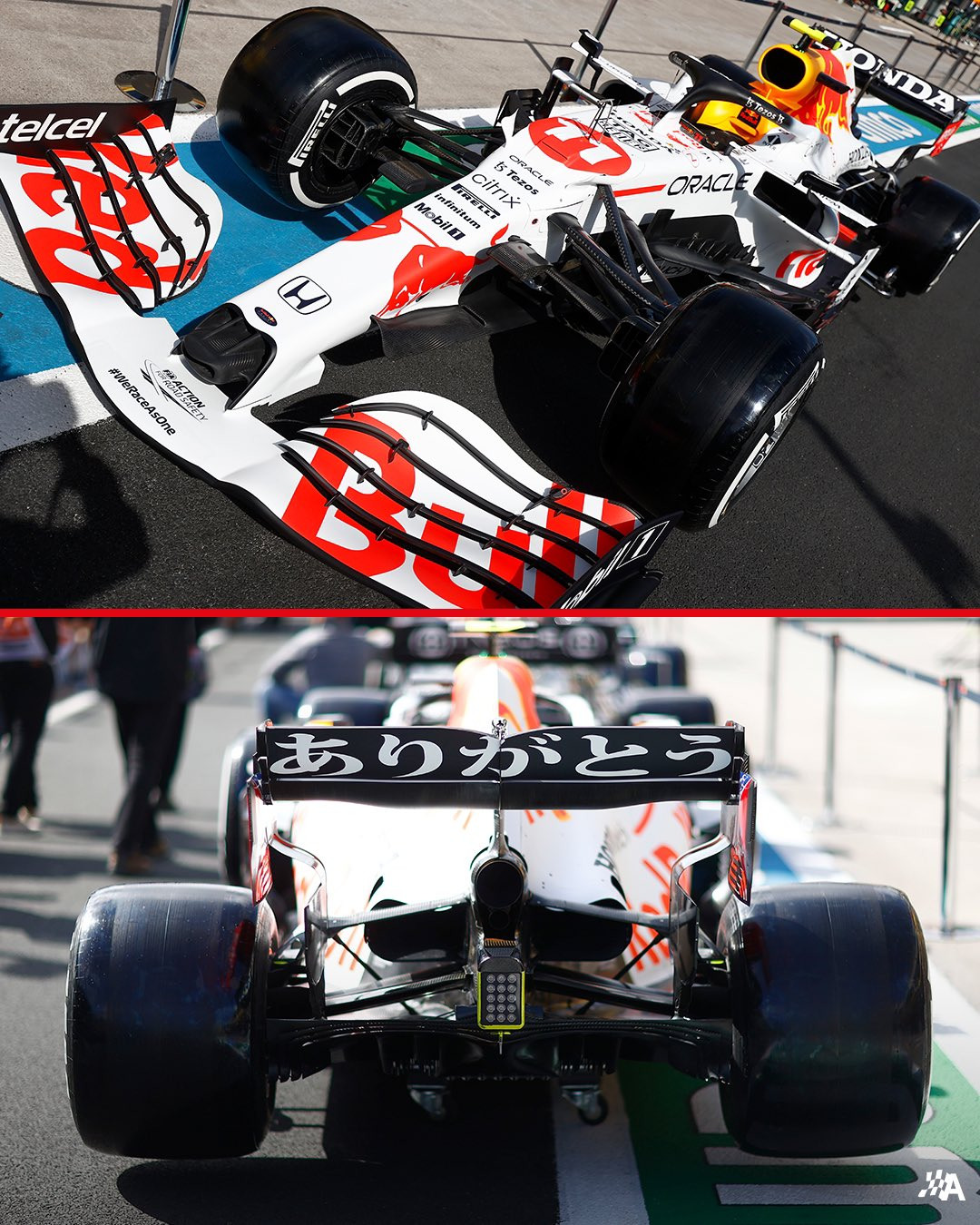 Valued Member
Lewis winding up the haters in Turkey this weekend. Think it's preferable to his Met Gala outfit, certainly looks warm. 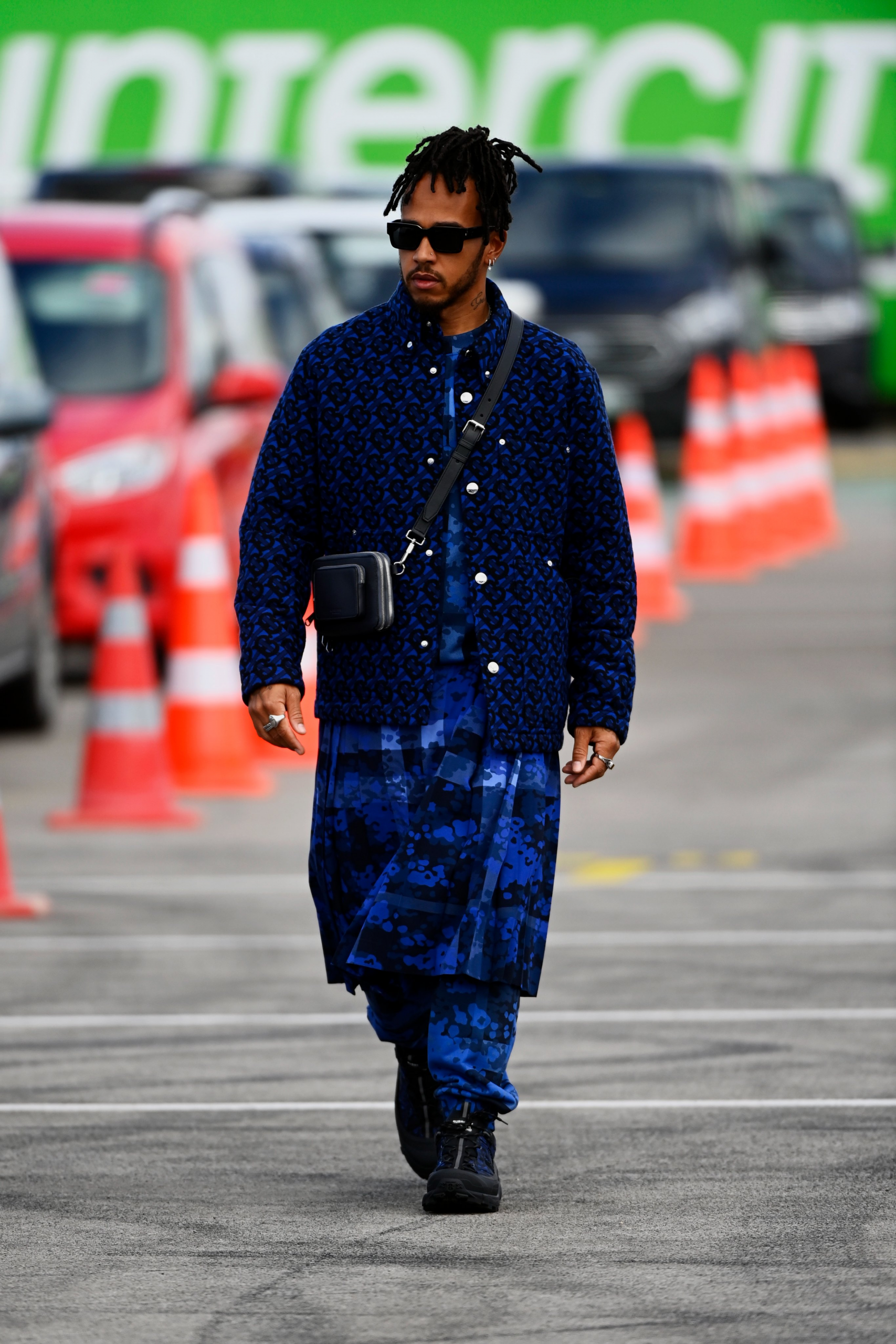 Staff Member
Premium Contributor
I like the colour and pattern but not sure about the cut.

Premium Contributor
I quite fancy that coat, for me that is. The look is sort of Mongolian, belt around the waist and a horse and it would be perfect for a long ride in the wilder regions of Outer Mongolia.

i really dont understand this why would you take a 1 part for 10 places when you took take the whole power unit for another 8 places. it seems counter intuitive, because lets say he would likely be on the front row, which is at worst 12th on the grid. considering he will be at least 15th by lap 1 because he will have likely overtaken Latifi, Schumacher, Mazepin & probably Tsunoda

looks nailed on in a dry qualifying that pole sitter will have the lap record by maybe 2.5-3 seconds. as FP1 was 9 tenth quicker than the fastest pole time in 2011

FB said:
Lewis winding up the haters in Turkey this weekend. Think it's preferable to his Met Gala outfit, certainly looks warm.

i must say it was weirder when he dressed normally today 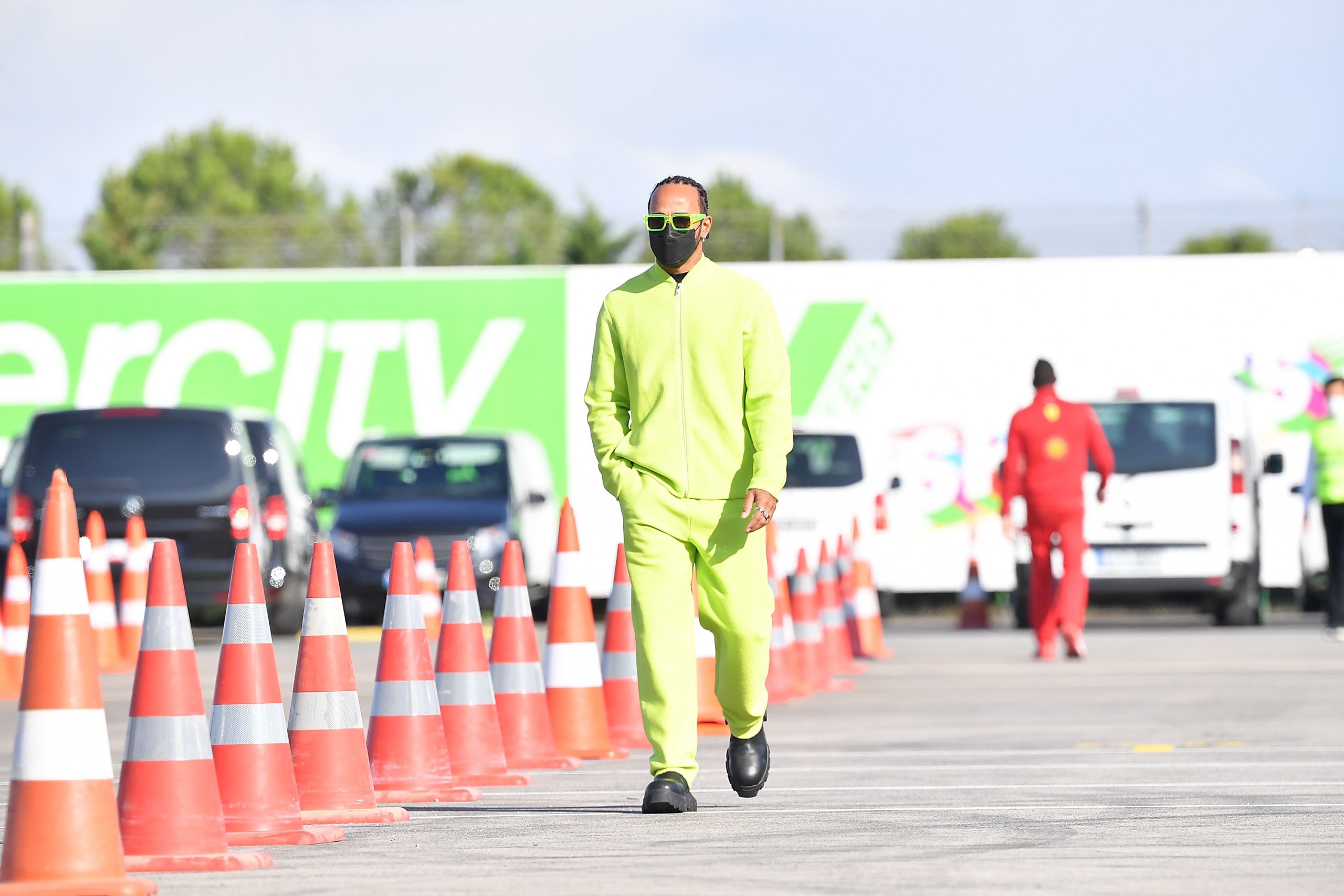 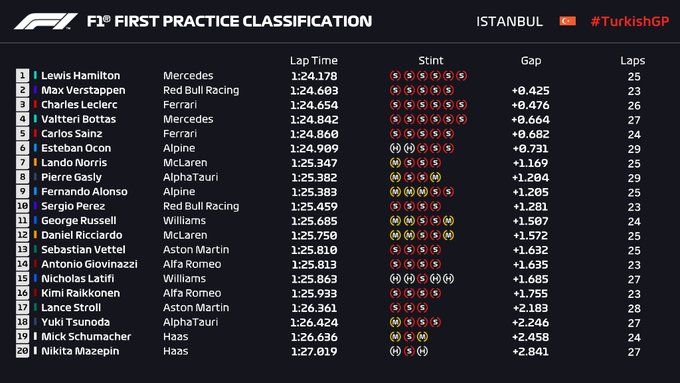 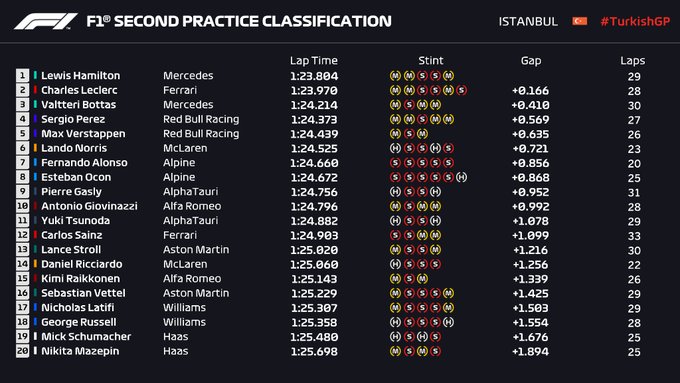 i find this weird. because ive looked at google, accuweather & BBC. all predicting a dry qualifying & race 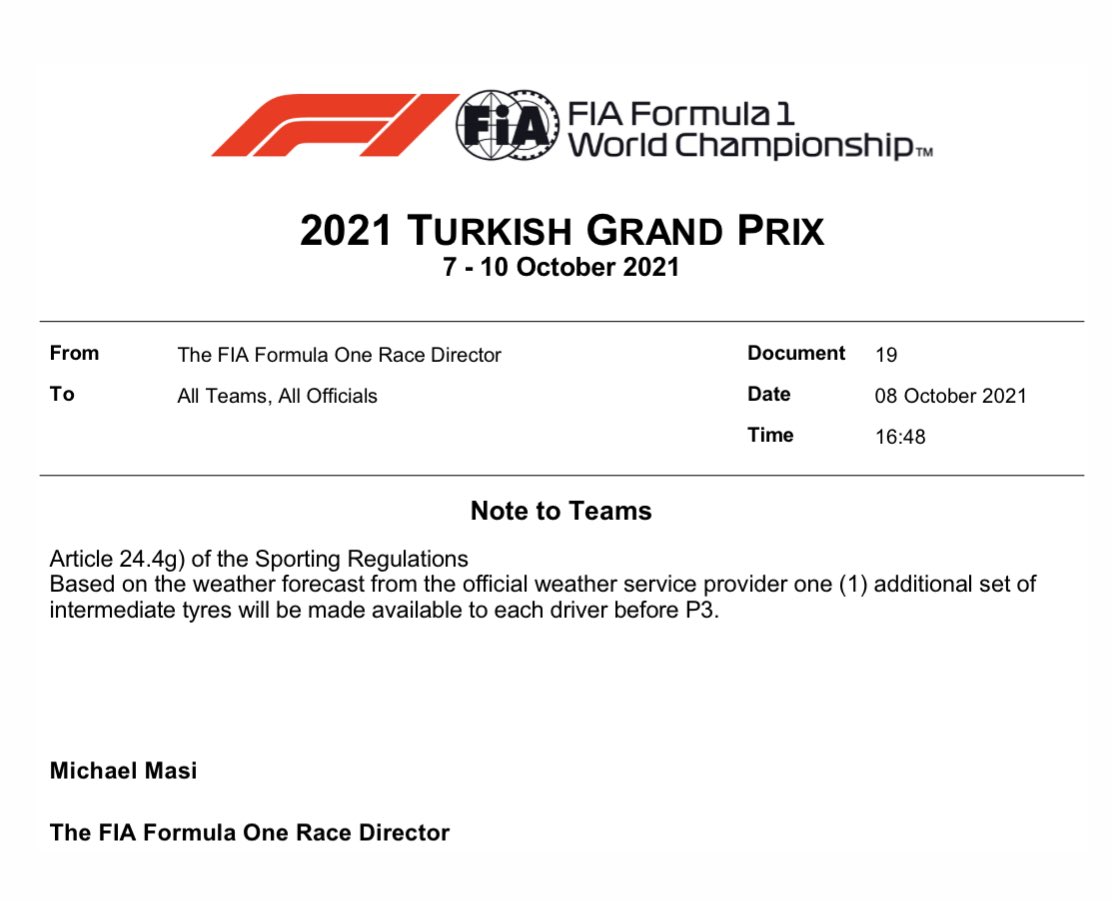 Contributor
Looks like HAM has an engine change penalty. Will be interesting to see if he can finish one spot behind verstappen from the back of the grid like the other guy did last week.
S 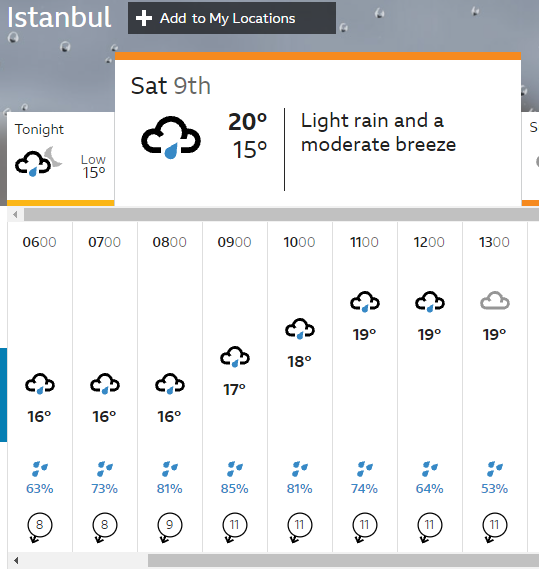 Splash but it qualifying & race takes place 3pm local time. i dont see them going through 3 sets of inters in FP3. 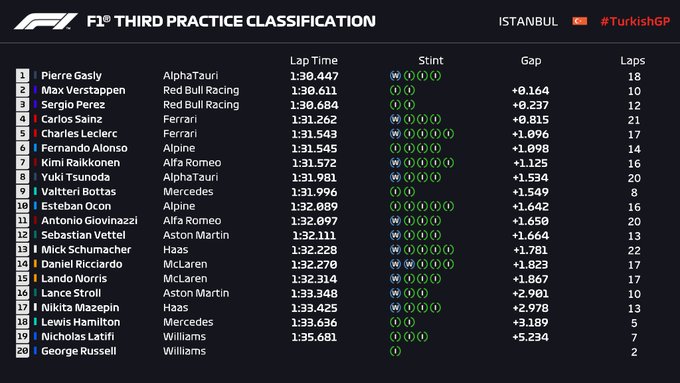