Welcome to the final PQR thread for 2020 and the first design-your-own.

Pick and choose the bits you want to read and post about. 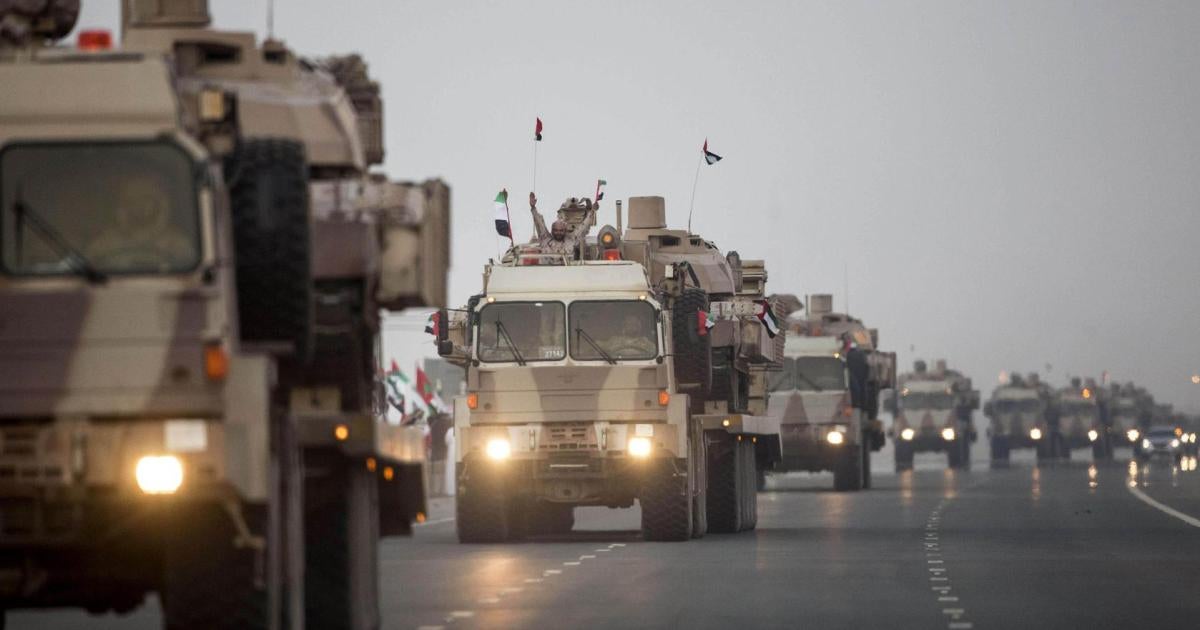 Every year, Amnesty International evaluates the human rights situation in countries around the world. Stay up to date and learn about key human rights issues in United Arab Emirates 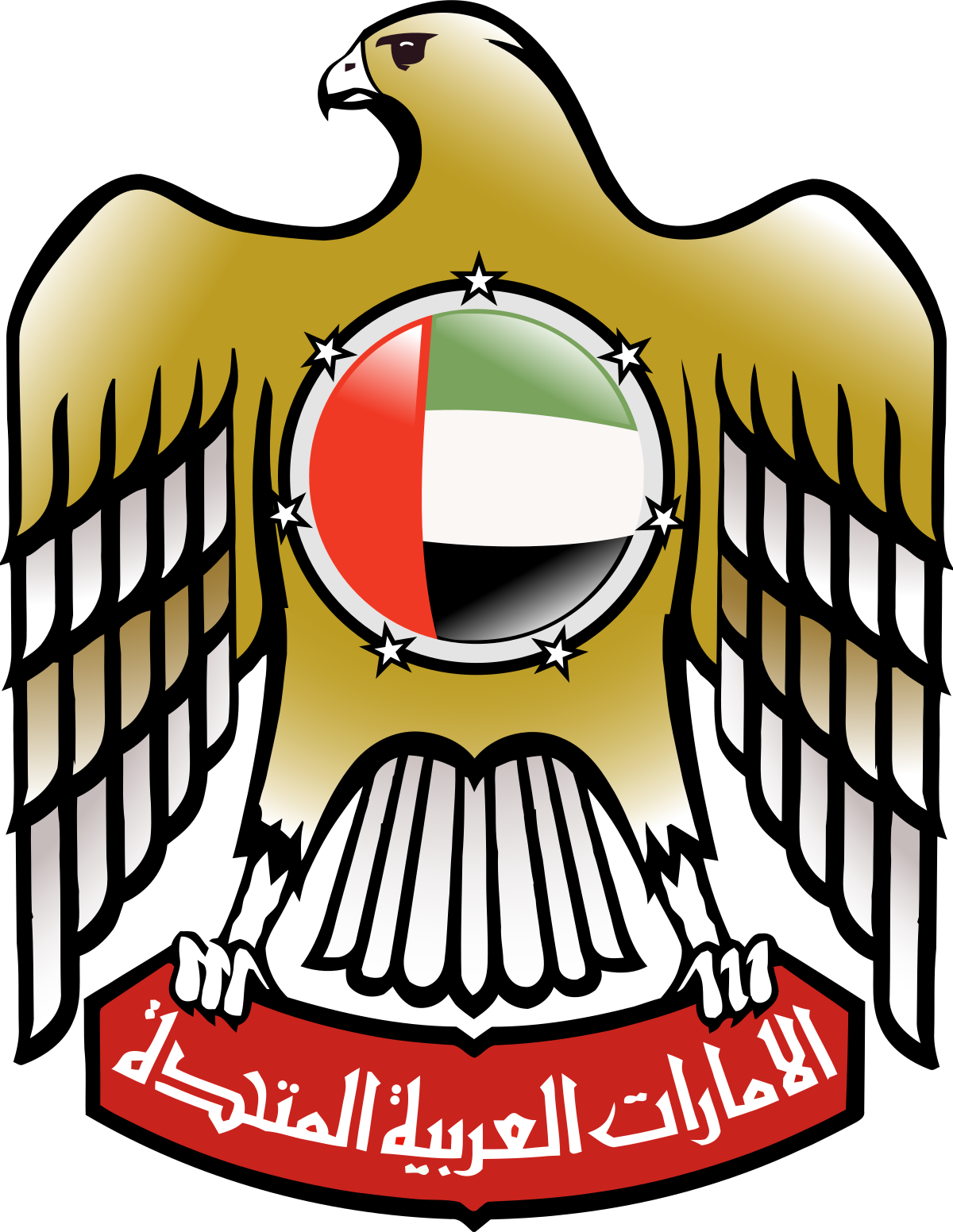 BradMan was down to do this thread, as he seems to not be around :( I stepped in on his behalf. Here we are then, the last race of the season and what a season it's been. Ferrari showed so much promise in testing but then it all faded away as we started to race. All bark and no bite as you...

Aaaaaahhh, that wonderful place, renowned for its proximity to the sea and proud history of mercantile endeavour, the place that attracts many tourists to its wonderful coastline, fabulous welcome and no surprise then that property is costly and much sought after. Wonderous views of the...

So it’s Formula One’s tribute act to New Years’ Eve: an interminable and unexciting pre-amble to ten minutes of fireworks then the vain hope that next year will be better. Ok, so that’s the least optimistic take ever, but Abu Dhabi has only really produced one race that is memorable for being a... 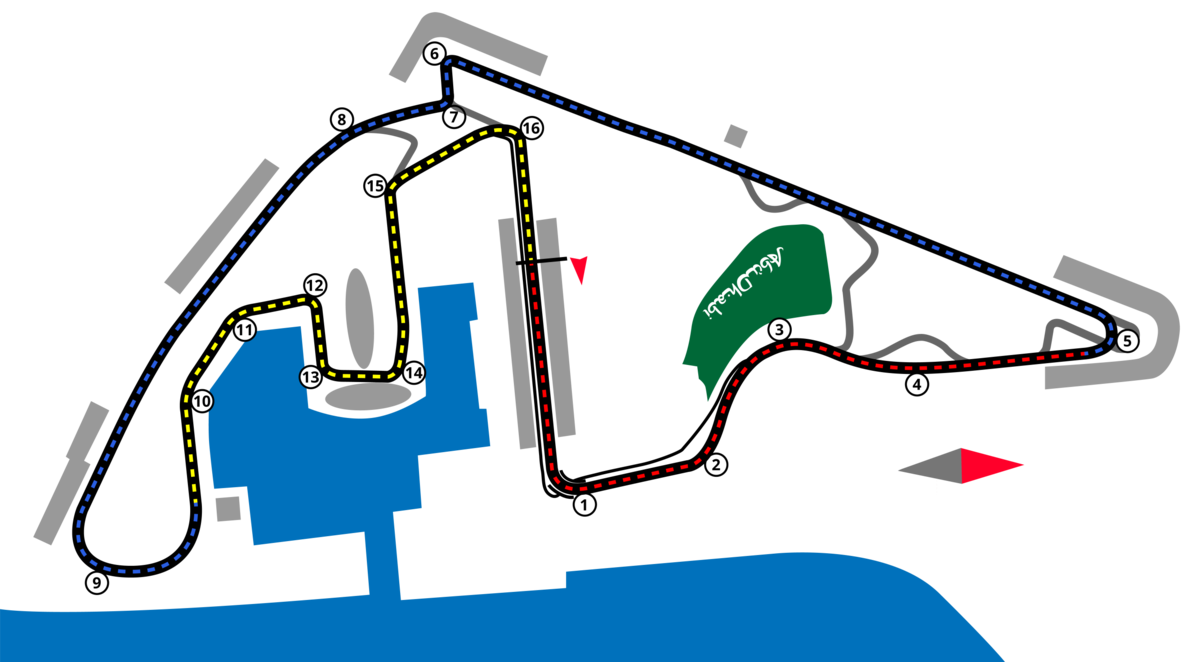 
Chit chat, blah blah:
Hamilton may not make the race due to COVID-19, so Russell may get another drive.
Or maybe they'll just put a tub of lard in the car, a la Have I Got News For You.

Will Vettel even bother to turn up this time?

hello everyone. it my turn to book end the season. to close the season just like i opened it & fingers crossed. i wont have to rewrite this thread in 3 months time. like the season opener that never was.

here we are in Abu Dhabi & what a season it has been, it has potentially be the most remarkable season of F1 in its 70yrs there may have been. as we had as much drama off track as we have on it. . 1st of all huge plaudits to liberty to have season to talk about & even had relatively normal season in length at 17 races. which if you had said in June we get 17 races in, might have called it impossible. but here we are, Its been a hectic year with its ups & downs through 17 races in 23 weeks, & it sounds strange to say but the global pandemic has if anything improved the show as it couldve been a boring year. which is likely damning assessment of the sport that it took a global pandemic not seen in over a century. to spark some joy into the sport

but just last weekend was a good case in point. ive never known such excitement from fans for a dead rubber before, the race was massive on social media. but another postitive to the pandemic. is that has also changed the sport for the better in a few ways. that might have never happened unless their hand was forced. the budget cap that may just have saved the sport & the potential for guest spots on the calendar, which judging at the success of Mugello, Imola, Nurburgring, Turkey, & Bahrain outer. have hugely successful despite the risks F1 was Forced into

in February we started pre season testing abit naive thinking that it would be fine with just chinese gp cancelled. Incredible to think 9 years ago in march. that in hindsight set the tone for the season to come, as we had the oddest Mexican Standoff where everyone involved knew from Monday/Tuesday, the GP weekend cant take place but yet with 12 hours before FP1 was Supposed to start, F1 still hadnt cancelled the weekend. then finally the photo at 9am melbourne time, that would start the domino of every major sporting event being cancelled within 2 weeks which meant within a month bahrain & vietnam was cancelled, then in the following weeks they would cancel every race up until & including canada. then they ripped the calendar up. 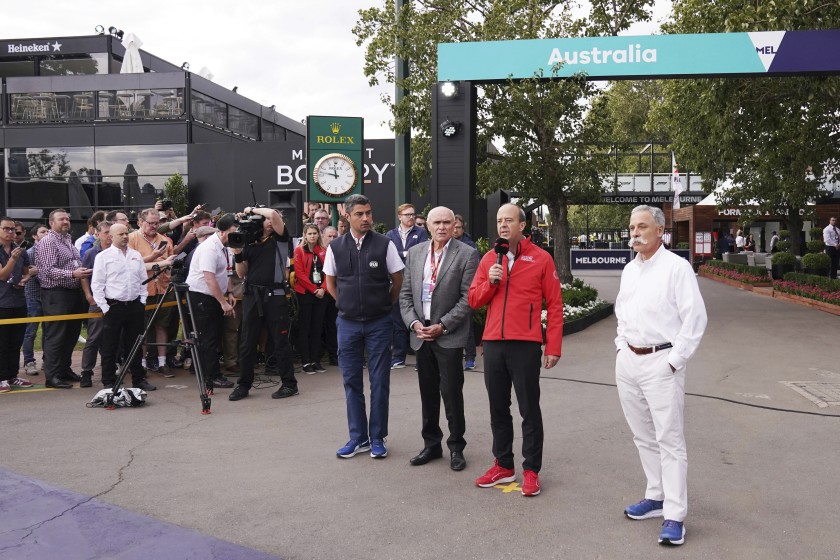 thinking through the season we have had Williams sponsor leaving before the season started & have unveil livery twice, the crazy silly season before anything had started ,Latest ever start to a season, the brilliant finale of the season opener the 1st in europe since 1966, huge bravery of the styrian qualifying, hamilton winning on 3 wheels, Vietnam potentially being the GP that never was, 3 races in the same country since 1982, DAS, Tracing Point, Supersub Hulkenburg & putting it 3rd on the grid, 2019 Spanish gp 1 of worse in history, Gasly 1st win, Hamilton Pit lane infractions in Monza & Sochi, Chaotic race at Mugello with 2 red flags, Raikkonen becoming the most experienced driver in F1 history, latest ever race in europe ,Stroll turkey Pole position, Hamilton amazing drive in turkey on inters on slippery dry track, Lewis beating the Wins record & equalling the 7th world title, Grosjean Miracle escape ,Russell deputsing for Hamilton who had Covid & nearly winning on Debut in a illfitting car but for a botched Pitstop under Safety Car

but on this weekend, well this is also big thing in history because its the last time we are heading into a GP weekend with a unlimited budget, because from 2021 the new rules The budget cap of $175m will be enforced, which for most of the grid it they wont even notice a change but for the big 3 they will be almost having cut their budget by 50%/60%. many goodbyes too with Sainz heading to Ferrari, Vettel leaving Ferrari for Aston Martin. Riccardio will be leaving Renault entirely as he heads to mclaren, who are also leaving renault to go back to mercedes where they had the most successful period in recent times. Kyvat is expected to leave junior team for the 4th & final time. Perez/ Albon still dont know whether they will be racing in 2021. & to bring right up to date russell doesnt even know at the time of writing which car he is racing.

all thats left for me to say is hope youve all stayed safe, enjoyed the season, that this will certainly & that will we all be back wherever that maybe. to do this all over again, hopefully in march not july

& because of how late season has ended Happy christmas 🎄🎅

Staff Member
Mercedes have just confirmed that Hamilton is driving this weekend.

It's back to Williams for Russell.

Contributor
It’s back to reality for George Russell then.

Brogan said:
Mercedes have just confirmed that Hamilton is driving this weekend.

It's back to Williams for Russell.
Click to expand

I still think this is unbelievably harsh on Russell. He had to attend the driver's press conference in Mercedes gear, as a Mercedes driver, and now gets pitched back down the grid to Williams.

Frankly, this sort of behaviour is why people hate Mercedes.

Staff Member
Mercedes made it clear that until they knew whether Hamilton was passed to enter the country and drive, that it would be Russell.

I don't see them at fault here 🤷‍♂️

There were multiple things that could have been done.

1. Mercedes could have left Russell in the Williams team for Abu Dhabi
2. Mercedes could have offered a driver swap (if necessary)
3. Vandoorne could have been put on stand by
...
I also suspect that, even though he's recovered and tested negative for COVID, Hamilton will not be at his best this weekend. COVID has a nasty impact on people, and often leaves them far more debilitated than they realise. It took Perez several races before he was really back up to speed after his 2 races on the sidelines...

Contributor
The Artist..... Mercedes are just looking after what is best for them. They have the best driver in the best car, and Mercedes want to win.
Last edited: 10 December 2020

Valtteri's performance a week ago puts Lewis in a tight frame:
Hamilton is simply obliged to be ahead of Bottas in the Abu Dhabi race.

I wonder whose call was it to let Hamilton race?

I think had Mercedes let Russell another go in the car the message would be they are seriously evaluating him for 2021. I dont agree with them messing Russell and Williams about

However the situation now is doing Bottas any good either

Ii) If he does not well he is 💩 what is he doing in the car?

from Mercedes point of view they are confident. with Hamilton they win because its highly likely but for things he couldnt control he wouldve won every race this season after the season opener

but it is valid question. in my other sport i follow, glen durrant was in top form won 1 of biggest titles in darts. got a mild form of the illness hasnt been right since. a month later got uncharacteristically beaten easily in all 3 group games of the grand slam. we are talking 2 months later & we are unsure going into the world championship if his form has returned to pre covid levels 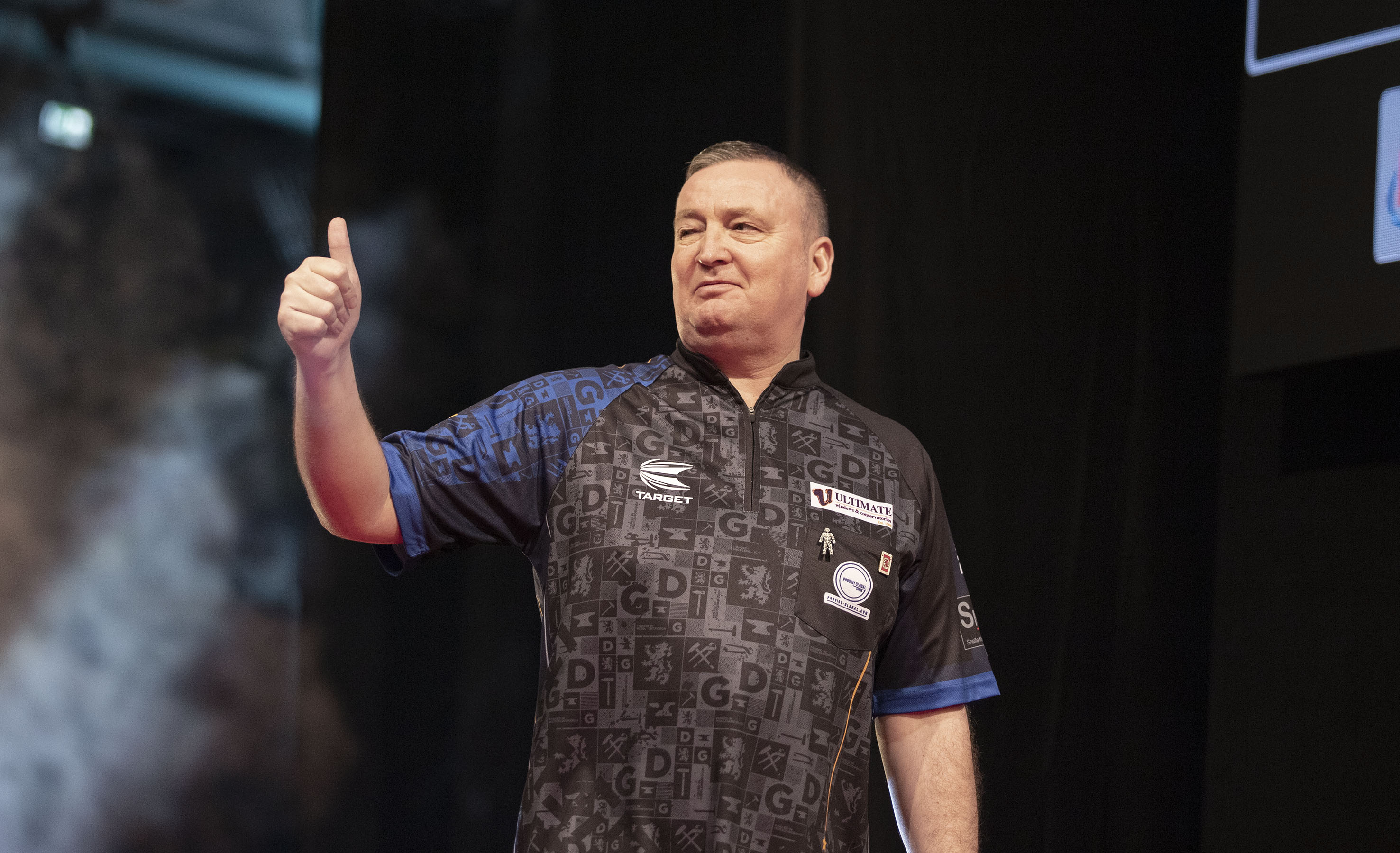 Glen Durrant is on the road to recovery after being struck down by Covid-19.

"I feel fine now but I'm still not entirely myself. I'm on the road to recovery,"

"I was very, very poorly. It was a really bad case of Covid that both my wife & I had"

"It knocked the stuffing out of me for about 6 or 7 days, even to the point where I was thinking of seeking medical advice"
Click to expand 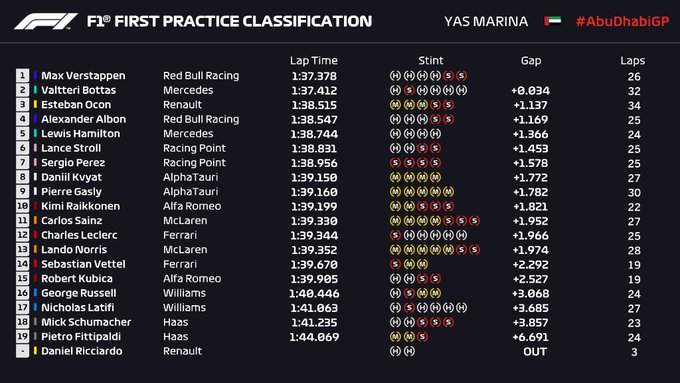 heres something ive been wondering will they have 2 podiums this weekend. race podium & the F1 trophy presentation. because of course they cant have big prizegiving trophy 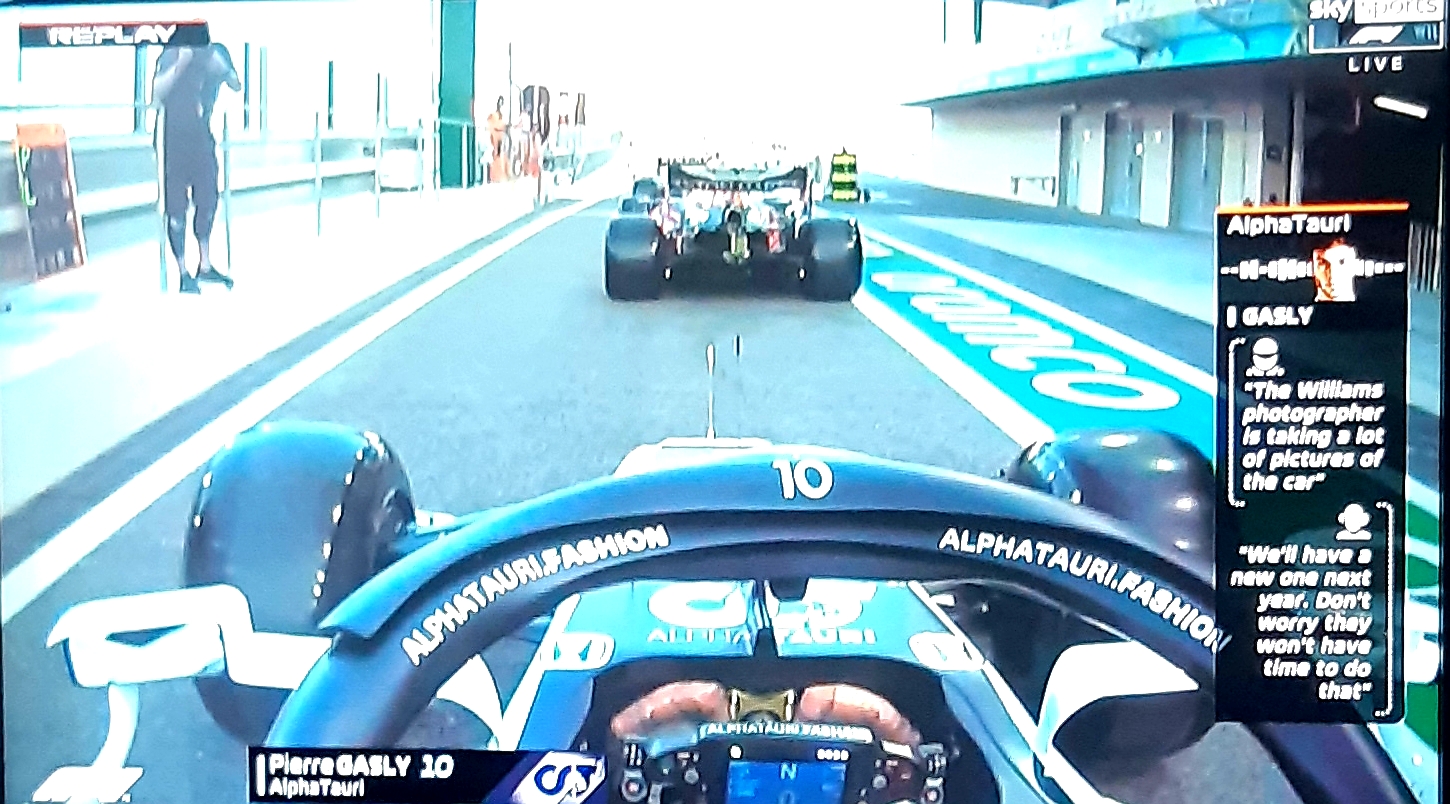 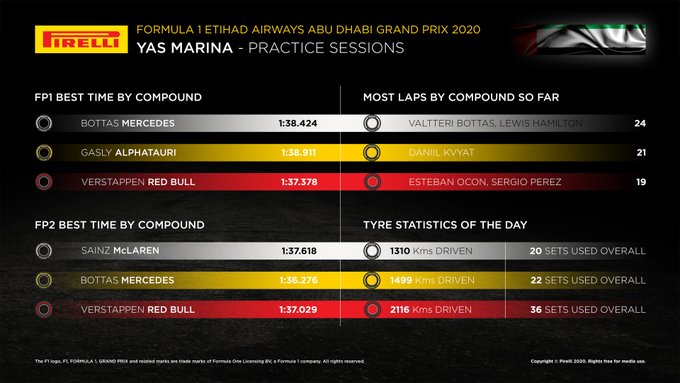 The Artist..... said:
I also suspect that, even though he's recovered and tested negative for COVID, Hamilton will not be at his best this weekend. COVID has a nasty impact on people, and often leaves them far more debilitated than they realise. It took Perez several races before he was really back up to speed after his 2 races on the sidelines...
Click to expand

Agree. I think he is not going to do well this weekend. FP 1 and 2 already show that.

P1 said:
Agree. I think he is not going to do well this weekend. FP 1 and 2 already show that.
Click to expand

Which gives Bottas very little excuse if he loses this weekend.

And there will be certain people on here kicking off because they thought Russell should have been in that seat for this weekend....

Can't imagine who that would be...