1. Back in the day Elf sponsored a French young driver programme. The output was this lot, who all raced in 1979. 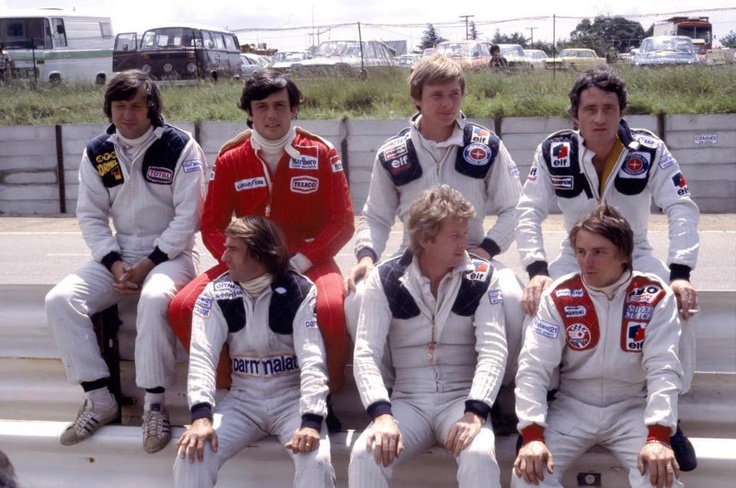 How many can you name?


J-P Jarier, Patrick Tambay, Didier Pironi, Patrick Depailler, Jacques Laffite, J-P Jabouille and Rene Arnoux - 1/2 point for 4 out of 7 a whole point for all 7
2. In 1980 another French driver joined them in F1, can you name him?


Baby frog himself, Alain Marie Pascal Prost - no extra points for knowing his full name but please have a wonderful smug feeling
3. Romain Grosjean is one of three French drivers currently competeing in F1. Why is his inclusion strange?


He was born in Geneva, Switzerland but to quote the Duke of Wellington "If I were born in a stable would it make me a horse?"
4. Four French drivers took part in the first Grand Prix in 1950. What make of car were they driving? (clue - a famous French brand)


Congratulations if you said Renault as this, indeed, a famous French brand but the correct answer is Talbot
5. Francois Hesnault wasn't one of France's most succesful F1 drivers but he did have a "first" do you know what it was?


He was the first driver to have a live "on-board" camera fitted to his car in an F1 race
6. Guy Ligier ran one of the most famous French F1 teams and cars still compete in LMP2 (and other formulea) carrying his name. He drove in some F1 races himself but also particpated in other professional sports, can you name any of them (clue - there's two and they are very different)?


He was French rowing champion in 1947 and played for the French B team at rugby
7. Henri Pescarola is more famous as an endurance racer but took part in 57 Grands Prix. How may times was he overall winner at Le Mans?


He was the driver Aytron Senna tripped over in his McLaren meaning the Woking team didn't get a clean sweep of wins for the season
9. Jacques Lafitte and Jean-Pierre Jabouille both drover for Ligier in the 80's but what other connection do they have?


They are brothers in law
10. Now, here's the sting in the tail. Have you managed to work out what song all the lyrics in the spoilers are taken from?


It's that famous (infamous) huffy, puffy song by Serge Gainbourg and Jane Birkin, Je T'aime. Well done if you got it but it's not worth more than one point
Last edited: 26 June 2018

Contributor
4, I liked it. Thanks.